Home > Homeowners last year gained the most equity since 2013.

Homeowners gained an average of $15,000 in home equity last year – or $908 billion in total
Homeowners last year gained the most equity since 2013.
About 700,000 borrowers are no longer under water on their mortgages. 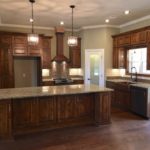 A sharp rise in home values last year gave homeowners a strong infusion of cash, in the form of home equity. It also helped more than half a million borrowers rise above water on their mortgages.
All real estate is, of course, local, and some homeowners saw significantly bigger gains than others, especially those in the Western region of the nation. Overall, however, they gained the most equity of any year since 2013.
Homeowners with a mortgage, representing about 63 percent of all properties, saw their equity increase 12 percent over the course of last year, according to CoreLogic. That comes to an average of $15,000 per homeowner and a collective gain of $908.4 billion.

Those calculations are based on the largest home price growth in four years. States like California and Washington saw even higher price growth, so homeowners in those states gained an average of $44,000 and $40,000, respectively. In Louisiana, homeowners saw no growth at all, and in Oklahoma, barely $2,000 in additional equity.

“Home-price growth has been the primary driver of home-equity wealth creation,” said Frank Nothaft, chief economist at CoreLogic. “Because wealth gains spur additional consumer purchases, the rise in home-equity wealth during 2017 should add more than $50 billion to U.S. consumption spending over the next two to three years.”

Borrowers with significant home equity often draw on that cash in the form of home equity lines of credit, or HELOCs. Originations of these second loans hit a nine-year high in the third quarter of last year but then fell suddenly, down 25 percent, according to Attom Data Solutions.
“We believe the uncertainty around tax reform at the end of the fourth quarter — including whether interest on home equity loans would be deductible — was enough to have a chilling effect on those originations in the fourth quarter,” said Daren Blomquist, senior vice president at Attom.
Map of average year-over-year equity gain per borrower:

The IRS later clarified the tax rules, saying that the interest paid on HELOCs was deductible if the funds were used for the purchase or construction of a home or for substantial home improvements. The deduction is still capped at interest paid on $750,000 of total mortgage debt, meaning the sum of all loans on the home.

Now that the tax rules are clear, it is likely there will be a jump in home equity lines this year, especially given the rise in both remodeling and home equity. Fewer borrowers are likely to do cash-out refinances of their primary mortgages, because interest rates today are much higher than they have been in the last several years.

Some homeowners may choose to draw more cash from other investments, knowing now that they have a something of a savings bank in their home.
“Because that’s added to your wealth, you may feel like maybe you can sell off some of the stocks in your portfolio,” CoreLogic’s Nothaft said.
The rise in home equity also brought about 700,000 borrowers into a positive equity position on their mortgages, according to CoreLogic. About 4.9 percent of borrowers, or 2.5 million, still owe more on their mortgages than their homes are currently worth. That is down from the worst of the housing crash in 2009, when more than a quarter of all borrowers were in a negative equity position.

The rate of negative equity is far worse in some metropolitan markets, such as Miami (13 percent), Chicago (10 percent) and Las Vegas (9 percent). Those markets are still recovering from the foreclosure crisis, even a decade later.
Diana Olick | @DianaOlick

When a client needs to sell a home, because we know the community through involvement in various local organizations and the knowledge gained by working closely with clients, Abstract’s Agents are able to create a market for each home and ensure that the home is exposed to a maximum number of potential buyers. ... Meet Us